The permanent record: two words that used to strike fear into every public school kid a few decades ago.

The threat of a teacher putting an infraction on the permanent record was enough to cause most kids to straighten up right quick! Some kids didn’t care two hoots, and others never did anything wrong. But for the segment that was overachieving, but occasionally took a small step towards deviance, no matter how small a step, that threat stopped them in their tracks.

I thought that once I finished high school and arrived at college I didn’t have to worry about that permanent record anymore, until one day during a pre-term class on campus, the upperclassman assigned to my cohort said that the essay we were to write would be part of our permanent record.

I still don’t know if she was joking. I’m still not convinced there actually is a permanent record. Is there some file in some cabinet in some building with the name Melissa Mandler (maiden name) and all the things I did during my K-12 years? Was that file copied and sent on the UPenn, to be added to as my made my way through another four years of schooling.

At this point I mostly think the whole permanent record idea is an urban legend.

But our kids are growing up in a different society than we did. If there is indeed some permanent record, it is debatable about how permanent it really is. If there truly is some file on each of us, then it is sitting in some filing cabinet. Theft, fire, age, even mishaps can all change the permanency of that permanent record rather quickly.

Today, however, not everything is on hard copy, physical paper. In fact much is digital. Medical records are digital. School records are often digital. In many stores you cannot apply for a job with an old fashioned application; you must go to their website and fill out the electronic application.

Add to that Facebook, Twitter, Pinterest, SnapChat, and who knows how many other apps and sites that are out there today. Our kids have profiles that span not just their town, but the entire globe.

Sure, there are privacy settings to prevent those I’m not FB friends with from seeing my information; but that information is still out there.

Children and teens often fail to recognize the vast reach that their internet activity has. And this ignorance may truly ruin their futures. Not in some theoretical or hypothetical way that was threatened to my peers and I about the permanent record the school had on each of us; but in a very real and practical way.

They cannot outrun their electronic footprint. They cannot erase and delete every comment made online. They cannot undo the damage once it is done.

In all likelihood, each of these will Google (yes, we even us that as a verb these days) your child’s name. What they find may close doors faster than they can say, “Is anyone home?”

Does your child realize this? Does your teen comprehend the gravity of the impact of their decisions today on their future?

I was in college at a time when IM was the new and cool thing. We would all leave our Instant Message browser open all day so friends could get in touch with us. If we were out, we’d leave an autoreply to let friends know where we were and where they can meet up with us. Most of my conversations were either goofy, as in it’s 1am and I’m trying to study but I’m delirious, or factual as in, “let’s meet up at Houston Hall at 12:30pm for lunch.”

That was about the extend of our virtual connections. Today teens are sexting – sending naked pictures of themselves to others.  What in the world??!!

Mom, Dad, are you even aware that that is a thing? That it is deemed cool in some circles? That your teen will likely get pressure from some guy or some girl at some point to participate.

you can just delete it after you send it.

Is often the rationale, but it offers a false security.

If it is out there on the web, it’s out there forever. With a quick swipe of a finger, that picture can be forwarded to others, publically humiliating your teen, and forever being a thorn in their side. Even if they do delete it right away, it doesn’t get deleted from cyberspace.

Can you image your 22-year old daughter, graduated from college with high honors, applies to a number of jobs and is deemed a shoe-in by all who know her because she is brilliant. The first interview goes well. She is optimistic. The recruiter is optimistic. They part ways and your daughter is told they will check on references and get back to her.

The recruiter does some searches, as any good recruited will do these days, and lo and behold, the recruiter comes across a random picture that seems to be dated 5 years ago. It’s of your brilliant, accomplished daughter wearing nothing and in a seductive pose.

It was before she got her act together. It was while she was dating that no-good guy, who convinced her that this was a good idea. She hadn’t thought about that picture since she sent it 5 years ago, but today it will change the trajectory of her future. She is not offered the job because the company does not hire “that kind of person.” SLAM – door closed.

There is no room for negotiation. A picture out there of an employee at a management level path is not tolerated; it compromises the company image.

Surely your daughter had no idea that this might be the outcome; few teens think that far ahead. And I know most of us think, my kid would never do that, but are you sure enough that it isn’t worth a conversation?

Teach your child that their past can follow them.

It is common place for prospective employers to search all of the major social media sites as part of their due diligence for potential employees. When they do, what will they see? Jr. doing keg stands with frat buddies? Is that the theme of his online presence?

But that is my private page, they have no right to not hire me because of that.

Your private page became public when you put it online. And they have every right to research those they consider to employ.

What message is your child sending? Professional. Hardworking. Diligent. or Partier. Lazy. Irresponsible.

Like it or not, it is the world we live in. For their sake, for their future, teach your teen that their past can follow them and help them navigate the world on social media with wisdom for their good and for the benefit of their future. 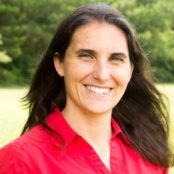